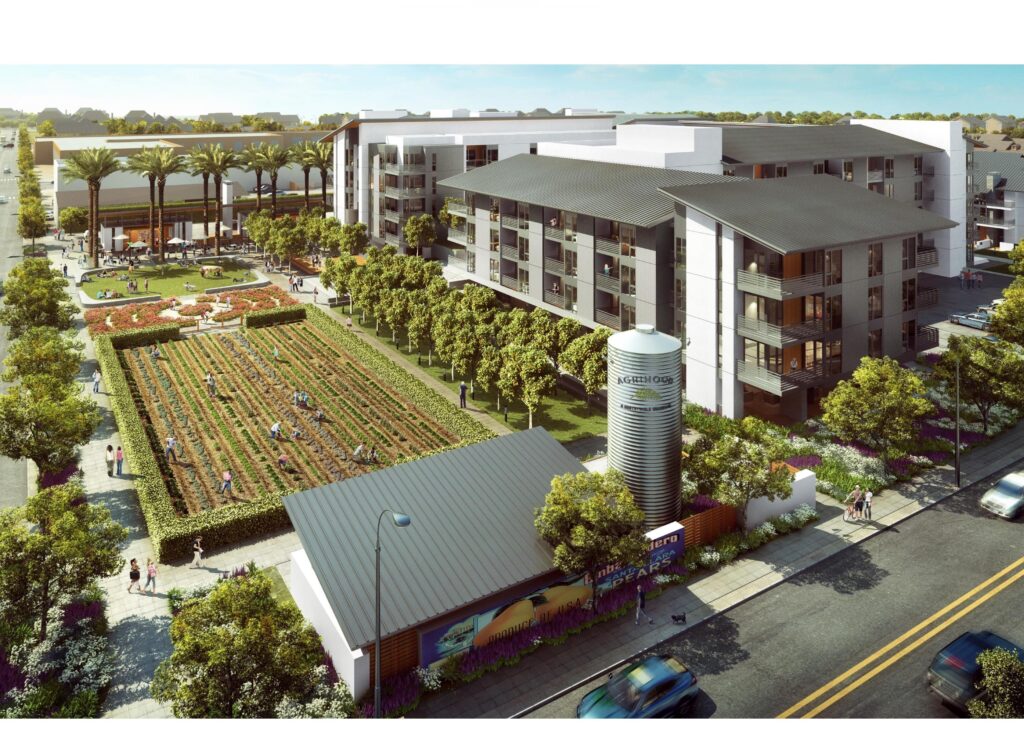 The City of Santa Clara will be the first in the country to introduce farm-to-table living in the heart of a busy city. After 11 p.m. Tuesday night, council members approved the long-awaited ‘Agrihood’ Project, which will put agriculture space and a residential neighborhood in one location.

The lot at Worthington Circle and North Winchester Blvd will soon be transformed. Thirty-six town homes, 160 multi-family mixed income apartments and 165 affordable senior apartments will be built at the former Bay Area Research and Extension Center (BAREC) for the University of California. Housing units will help those struggling with homelessness in the South Bay. Michael Tsai, founder of South Bay ‘Yes in My Backyard’ (YIMBY) said, “The need is just so much bigger than 361 units, but it’s definitely a step in the right direction.”

Another big draw is open space for agriculture. A 1.5-acre regenerative farm will be part of the development. Project consultants explained the unique farming approach will eliminate the need for tilling. Alrie Middlebrook is president of the California Native Garden Foundation, one of the project consultants involved in Santa Clara’s Agrihood community. She believes the less intrusive farming trend will soon take the nation by storm.

“It’s a big deal. This is historic. No one has ever done this in this country before,” Middlebrook said.

ABC7 News was there in 2015, when crews broke ground at “The Cannery,” an Agrihood in Davis. Middlebrook explained the rare plot of agland slated for development in Santa Clara is in a dense, urban environment.

She said the method of farming and the plot’s location will make the city’s Agrihood community the first of its kind across the country.

ABC7 News archives show the push for affordable senior housing at the former BAREC location date back to 2007. Although concern over development on the land began in the early 2000’s. Many told ABC7 News, Tuesday’s vote brought ag history back to the heart of the valley.

“It kind of tugs on my heart thinking that we’re really going to be able to hold onto a little bit of our past, but look at it in a new fresh way,”
Santa Clara resident Emmy Moore Minister said.

A fresh way involving the farm-to-table trend that is now defining how many eat and live. Middlebrook told ABC7 News, “We all have every confidence this is going to break ground in a year from now.”